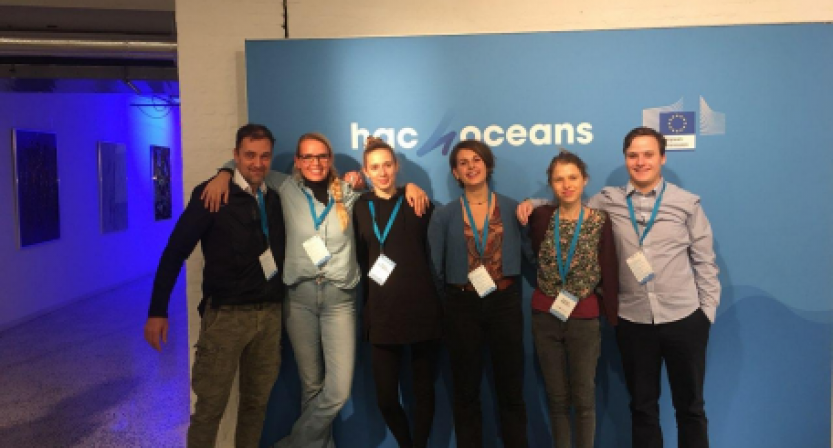 Fortunately, I was one of the participants in the environmental hackathon, that took place in Brussels at the end of October and was sponsored by the European Commission.

I applied for participation almost a year before the event. The application consisted of questions not only about studies, but also questions regarding your motivation and interest in environmental issues. Thus, invitations to the event were also received by those people whose work or study is not related to the environment, but for whom the preservation of natural values was really important. And this was a very big plus for me personally - as I managed to participate in a joint brainstorming session with programmers, business developers, who looked at environmental problems from a different angle and looked for solutions in other directions than I did.

I think one of the most interesting parts of this blog is organization and payment:
All organizational and material issues were taken over by the host side - the flight, accommodation and meals were fully paid for me. It was also possible to send a request for compensation for the money spent on travel to and from the airport. Before the event, there were also several online courses dedicated to working with the Miro service. Which was used directly at the hackathon.

About 50 people came to the event - they were students or workers from completely different industries and countries, such as Sweden, Greece, Spain, France, Belgium, Portugal and Finland, which I and two other classmates proudly represented. The hackathon consisted of four sections, I participated only in two – “ocean pollution with plastic and ways to reduce plastic in the ocean” , and the second section – “Fish farms - attracting the population to consume fish grown on the farm, instead of wild caught”. The section could be chosen in accordance with your interests, no one forced me to choose a topic. And then, in each section, ideas were generated that were supposed to solve the key problem of the section. This all happened on the first day.

On the second day, we voted for the best ideas - those ideas that received the largest number of votes - developed into a project plan, here we have already used the Miro service. I recommend it to everyone who wants to organize thoughts in their head and develop a plan for implementing an idea for a project or business.

I was on a team working on the issue of reducing plastic consumption. It should be noted that only I have a background related to the environment, the rest are IT workers and a business analyst. But it was interesting - everyone is different, with their own vision. The coolest part of the project, that on the second day, in the process of developing our idea, was the opportunity to consult with business and environmental experts. In general, during the event, I tried to walk a lot around the hall and get to know people. It seems to me, that this is the main point - maybe we will not come up with a real solution to the environmental problem, but we will meet new people and understand where to develop further.

The event lasted two days: from 8 am to 6 pm. I honestly thought that in the evening I would walk around the city and watch the sights. But at the end of the day, after such a tight schedule, I was very tired, and I only had enough strength to get to the hotel and walk around it. It's great that the hotel was booked for us in the city center in a picturesque location.

And so, summing up, I want to describe who should go to such an event, and who is better off skipping. If you are a student or a specialist, no matter what field, but you are really interested in the environment and feel that you still have a lot to learn - this is a very good opportunity and worth going. But if you are already a specialist who has worked out his own direction and development plan, who has already gone through many events and believes that he already perfectly knows the methods of project development and presents ideas well, then it is better to share this opportunity with others.

I am very glad that I have such an experience. It was useful, the main thing is to be open and recognize that there is still a lot to learn.

Students in the Degree Programme "Sustainable Coastal Management" writes about their studies and share their thoughts on different environmental issues.