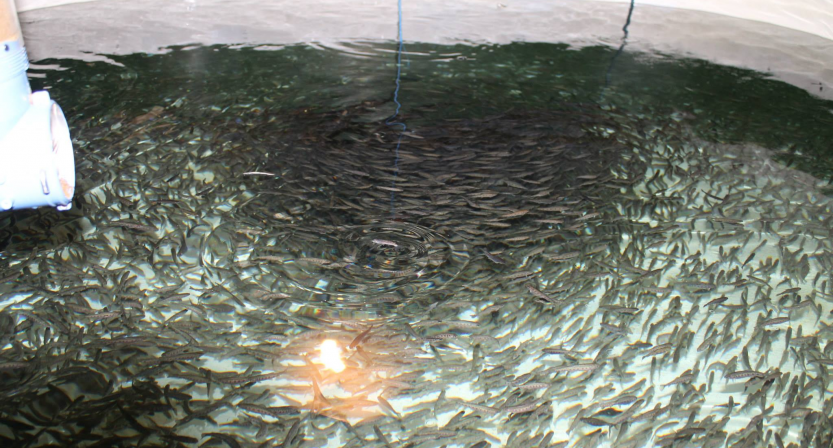 Producing over 50 percent of consumed seafood worldwide, aquaculture has become the world's fastest-growing food-producing industry, according to the United Nations Food and Agriculture Organization.

The risk of disease contamination is reduced by growing fish in land-based aquaculture systems, in closed and controlled environments. Fish production is completely natural and healthier as no antibiotics or disease treatments are involved in a normal production process. Carrying costs can be reduced as RAS technology is not entirely dependent on a specific water source and these land-based aquaculture systems can be built close to the market, resulting in a shorter time for transportation. Water pollution from the feed, feces, and chemical waste is being signified ally reduced by advanced filtering capabilities, making it a much more sustainable alternative.RAS allows continuous harvest round the year and compared to other methods fish grow to commercial size faster, In terms of efficiency and productivity. In RAS water temperature, oxygen, and carbon dioxide is controlled to their optimum level, which results in better conversion of feed to fish mass, lower contribution on the entire production chain, and lower production costs. On the other hand, it is comparatively risky and expensive setting up an offshore aquaculture farm, though there are a lot of offshore aquaculture farms existing which are paid off. A lot of uncertainty in the open ocean space is there. People aren't familiar with a lot of novel production technology. For example, a lot of new species in the open ocean are there.People are commonly concerned with traditional aquaculture species for example salmon, shrimp, and tilapia - as they know both production cost and profitable revenue. Also, the regulatory environment is completely different for different areas where people are thinking about doing open ocean aquaculture. Permitting the producers to operate in tropical waters can also have a positive impact on the production of the fish.

Students in the Degree Programme "Sustainable Coastal Management" writes about their studies and share their thoughts on different environmental issues.